Looking for a special deal to come and drive on the Nürburgring, or other activities? Then read on below!

Upgrade your suspension with RSR and get a free trackday entry!

There’s no better time to prepare your car for the track than now! Purchase and install a set of KW suspension with RSR and receive a free RSR Premium Trackday entry (Nürburgring Nordschleife or Spa-Francorchamps)!

Drive both the Ring and Spa for only €999 with all included!
Terms and Conditions:

Special offers limited by availability. Special offers are individual and not in conjunction with other special offers. Promotions can only be applied at time of booking by using the applicable promo code, and can not be applied retrospectively. Bonus items can not be exchanged for credit. 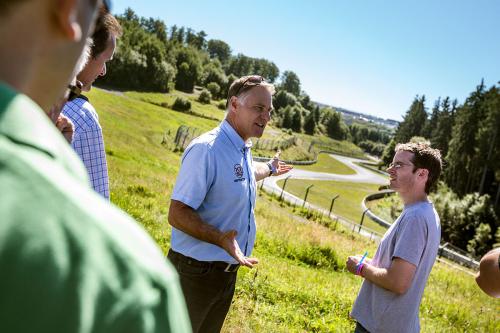 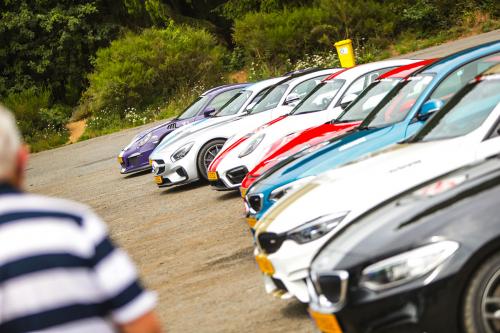 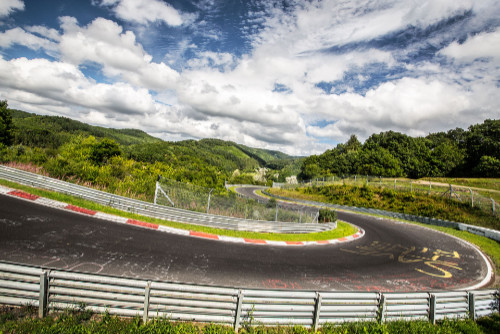 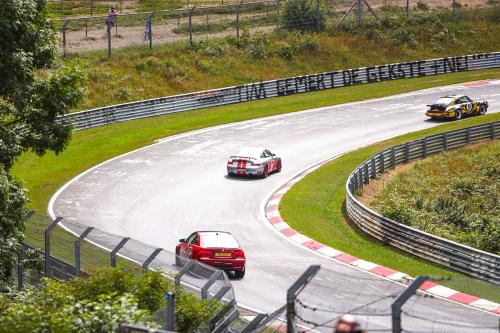 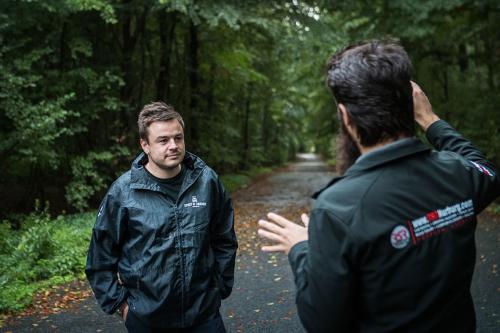 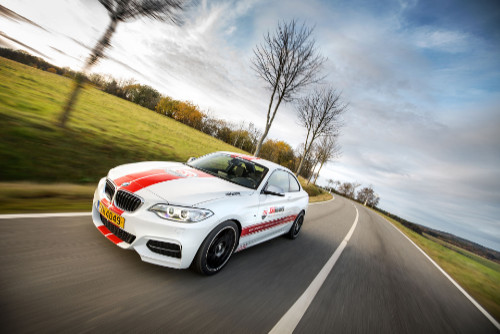 ​​Experience what the Nurburgring has to offer in one day! Perfect for first timers, or for those who haven’t spent time off the track yet in this beautiful region! The RSRNurburg First Timer Package combines experiencing the famous ‘Green Hell’ track for yourself, our amazing Nürburging Road Tour, lunch, and a visit to the Nurburgring Shopping Boulevard. The day starts with a guided convoy road tour on the public roads around the Nürburgring, including our favourite driving roads around the area. Along the way, we make stops at different parts of the formidible Nürburgring Nordschleife Track to discuss the driving strategies for going fast and keeping safe.  Other highlights of the tour include a visit to the abandoned “Sudschleife” (South-Loop) circuit, giving you a glimpse back in time to the history of this magical place. If you’re lucky, you might just catch a glimpse of some prototype cars testing on the track and road, or as we drive past the secret testing bases of all the big manufacturers (Porsche, BMW, Mercedes AMG and more). You’ll aso get the chance to head up to the Nürburgring boulevard for a Guided Backstage Tour or RingWerk Motorsport Museum (Depending on opening times) as well as visit the shopping boulevard to get your fill of souveneirs and products from the top car and race manufacture brands. After all of that, it’s time for you to get out on track and see first-hand what all the fuss is about. You can choose between driving for yourself, or taking an adrenaline-filled taxi lap! If you want to see the best of what the Nürburgring has to offer – then this is the package for you!

First Timer Package at a glance

Gift Vouchers for the Nürburgring

The REAL ultimate driving experience…. it doesn’t get any better than this! People from all over the world make the pilgrimage to this, the ‘Disneyland of Cars’, the ‘Mecca of Motorsport’, the holy-grail for petrol heads!

There’s something for every motorsport and automobile fan, so contact us today for more information and give the everlasting gift of an amazing experience that will never be forgotten.

Your chance to give this amazing gift has arrived… Get your loved one ready to buckle up for the experience of a lifetime!

Have you always wondered just how much difference a set of good quality coil-over suspension would make to your car? What about lightweight alloy wheels and semi slick tyres? How good does a proper exhaust sound? When it comes to modifying your own car, these questions make all the difference – and it’s something that most won’t have a chance to test, until it’s too late. Welcome to the Standard Vs. Modified programme, allowing you to test the cars first hand – back to back against a standard version of the car. Gain a subjective opinion by testing the car on the road, or a proper “cold-hard-fact” objective test on the circuit – backed up by the lap time and video data. The subjective road comparison is held on our favourite twisty roads in our part of Germany and Belgium – meaning you get real world experiences; but it gets even better; the circuit used for the track comparison aren’t just any local circuit – it’s a proper Formula One level race track of Circuit de Spa-Francorchamps. Both the Road and Track Comparisons come complete with expert guide(s) and instructor(s), ensuring the highest level of safety and peace of mind.

Road Comparison Programme: A subjective back to back test of a standard car and our special modified version in a guided road tour.

Track Comparison Programme: A proper back to back track comparison experience, with objective data from your laps.

Track Car Rental: Hire any of the cars for use on a trackday, or even a Nürburgring Touristenfahrten session.

Since 2013 NISSAN and RSR have been working together in official partnership to offer different driving and training programs on both the road and racetrack. These programs include exciting taxi laps to full driver training programs in your own car and testing the latest model of the incredible NISSAN GT-R

RSR offers these services at the best race tracks in the world: Circuit de Spa-Francorchamps in Belgium and the Nürburgring Nordschleife in Germany.

In 2008 RSR helped with the re-introduction of the GT-R brand to the market, with the much anticipated R35 generation of car hosted at an event at the Nürburgring. This groundbreaking event was a great success and paved the way for many further projects, such as the official NISSAN “Godzilla” GT-R Ring Taxi and the introduction of the facelifted generation of GT-R at Circuit de Spa-Francorchamps in 2017.

The combination of RSR’s professional level coaching and many years of experience in motorsport with a car as spectacular as the NISSAN GT-R creates a opportunity for an experience that you won’t soon forget!

Circuits included in the NISSAN program

Who can participate in the program?

Everybody! RSR has the latest generation of NISSAN GT-R that you can drive, and experience “the monster” first hand! If you are already a customer of certain NISSAN dealerships, then you can also receive some special offers and discounts.

Which dealership countries are officially included in the discount program?

Don’t worry if your country isn’t included on this list, RSR is happy to work with any NISSAN GT-R dealership to help you get on track!

Corporate And Group Events At The Nürburgring

We specialise in “fuel-infused” events, driving modern Sports-cars on the race track and/or unique classic touring cars for cruising the region. Locations are no less than the 2 best tracks in the world like the infamous Nurburgring Nordschleife and the Formula one highlight Spa Francorchamps. Road tours can cross through world famous unesco sites such as the middle Rhine but also great wine regions such as Mosel, Ahr and last but not least Champagne. Our cars are the latest and greatest sports cars available.

Specialised programmes can be built for any group size – and there’s something to do almost every day of the season! Contact us directly for a personalised quote. Prices below are indicative and may vary depending on dates and number of people.

For more information, you can contact us directly using our contact form or by phone: +49 2691 931 952 or e-mail sales@RSRNurburg.com

We use cookies to give you the best experience possible. By continuing to use this website you explicitly agree to the use of cookies.ACCEPTNecessary onlyPrivacy Policy
You can revoke your consent any time using the Revoke consent button.Adjust Cookie Settings